This lightweight biopic of singer and feminist icon Helen Reddy, which covers roughly 20 years of her life, is buoyed by a compelling and nuanced central performance from Tilda Cobham-Hervey.

It starts with her move to America in 1966 following a win on Australian pop music TV show Bandstand, the prize being a trip to record a single with Mercury records in New York City. When she arrives, the first in a series of patronising, sleazy record executives reneges on the deal and Reddy is cast asunder into a neo-noir landscape. The film is stylised to within an inch of its life: the homes, the haircuts and oversized collars all have an almost otherworldly elegance.

The polish on screen extends to the film’s depiction of abject poverty, with Helen and her infant daughter’s destitution never really expressed beyond jokes about tinned spaghetti. Her friendship with music journalist Lillian Roxon (Danielle Macdonald) is the film’s most compelling relationship, and the actors have an easy and warm chemistry even when lumbered screenwriter Emma Jensen’s clunky, exposition heavy dialogue. 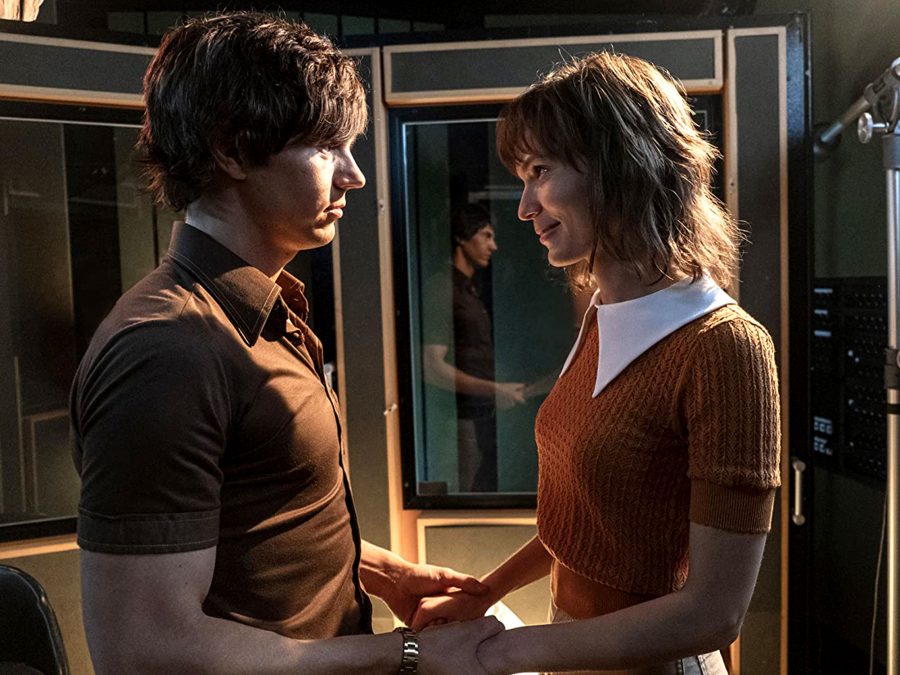 Faring less well is her relationship with her boyfriend and eventual manager and husband Jeff Wald (Evan Peters) who seems to be in an entirely different film than the rest of the cast. While Cobham-Harvey brings a thoughtfulness and poise to her turn, Peters goes for unhinged histrionics and seems to be channeling the feeling of being on copious amounts of cocaine long before the film introduces drug addiction as a plot point.

We follow Reddy and Wald from the glistening jewel tones of New York to the bleached-out pastels of California where her meteoric rise to stardom begins. Despite the relentless chauvinism of every record executive she encounters, she eventually writes the film’s eponymous feminist anthem ‘I Am Woman’. Montages of the women’s liberation movement set to the song are irresistible – the simplicity of the message makes it all the more powerful.

Director Unjoo Moon does tend to over-signpost all of the film’s twists and turns to deadening effect and the film’s glossy sheen at times extends to Reddy herself. It determinedly sanctifies her as faultlessly kind, noble and talented, her only flaw being to occasionally trust the wrong people. In the third act this becomes increasingly incongruous and undermines Cobham-Hervey’s otherwise three-dimensional characterisation.

The film purports to be a feminist endeavour, yet at times it reduces Reddy’s legacy to, “nice woman marries bad man”. Despite all this, it remains an endearing tribute to the recently passed singer. On this evidence, she was a bold, defiant woman who penned hit after hit and defied an industry that dismissed her work as insubstantial “housewife rock”. The power of her music and the enduring struggle of women makes the film resonate beyond its formulaic surface.